On romance: The fairy tales have it wrong. True love is finding someone whose belongings (including expensive electronics) you can throw off of a three story balcony, who will in turn choke you into unconsciousness while you are 33 weeks pregnant with their child.

On sanity: Hallucinating the devil is after you or running naked through an upper-middle class neighborhood until the police tackle you is very crazy.  As it turns out, I’m doing just fine comparatively.

On physics: Two objects cannot occupy the same space at the same time.  Fences beware.  My ambulance is bigger than you, and I really suck at using reverse gear.

On gravity: When rolling a stretcher with a patient on it, allowing it to get off kilter is not a good idea.  It will flip, and you will probably not be able to catch it.  Your back will hurt for days from the effort.  Furthermore, it scares the crap out of the person on the stretcher.

On obesity: Fat people are fucking heavy.  My back hurts just thinking about it.

On mistaken identities: Most of the ambulances look pretty much the same; avoid getting in the wrong one at the hospital or on mass casualty incidents.  Also avoid checking off, putting your gear and belongings in, and sitting/waiting for your crew while growing irritated at their tardiness in the wrong ambulance, while your crew is in the right one, waiting for you.

On diabetes: Keeping a tub full of cookies by your bed is not a cure for diabetes.  Who knew?

On navigating: Sometimes, I get lost.  If I can find the nearest coffee shop or book store, I’ll find my way back on track.

On linguistics: It is imperative to be fluent in the medical dialect of the people you treat.  Bonus points for saying “vomick” with a straight face the most times on a scene.  My partner holds the record, as I had to step outside to laugh hysterically.

On misogyny: I’m trained to treat illnesses, perform challenging skills, think on my feet, and pick your fat ass up.  I also have ovaries.  Deal with it, as I can also restrain people if I see fit.

On fashion: Bringing up bedazzling your turn out gear at a meeting will not impress your superiors.  Offering the ultimatum of either putting one’s name or JUICY on the rear of one’s tactical pants in rhinestones only serves to make it worse.  My superiors have opted to exchange our turnout gear for a bright yellow version, which is no consolation at all.  I continue to believe that I should be allowed to sparkle at all times.

Also on fashion: Human feces is never an acceptable accessory, and it totally clashes with my rhinestone shades.  I may never forgive the lady that shat on me, despite the fact that she was unconscious.

On fine dining: A slushee and a bag of white cheddar popcorn from a gas station is a pretty decent meal on a busy day.

Also on fine dining: If you get a chance to grab a meal at a soul food restaurant, the employees will likely treat you very well.  They know what they eat, and they know they’ll probably need you in the near future.

On distorted self images: Just because one sees herself as a superheroine does not mean the rest of the world does.  They may see her as the blonde, pigtailed spaz she appears to be, despite the underlying truth.

On great partners: Only the best partners are wise and thoughtful enough to crank up the volume on the radio when Lady Gaga is airing, so that you can simultaneously treat your patient and shake yo’ thang.

On downtime: If a civilian calls 911 to report and complain about a paramedic shopping on shift, they should truly hope the dispatcher answering the call isn’t the very same person who is receiving freebies from the sale.  A buy three, get three free sale at Bath and Body Works IS an emergency.  Everyone knows that.

On diversity: Stupidity knows no race, age, creed, color, religion, or social status, but it is consistent job security for me.

On kidnapping: Kidnapping and torturing your pet zombie is an entertaining, acceptable, and valuable way for your coworkers to spend their time between calls, particularly if they spend all day sending you picture messages, such as these. 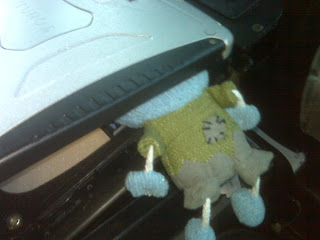 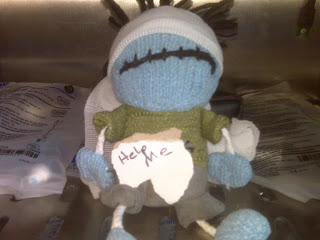 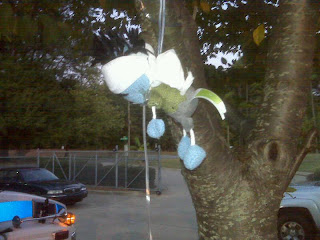 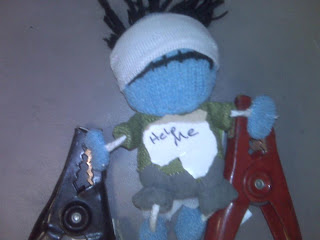 Photos courtesy of Gabe and KC.

On playing well with others:  What is the first thing you do when you arrive on scene?  Immediately decide who you will trip as bait in the event the patient turns out to be a reanimated zombie, obviously.  When, and I do say when, the zombie apocalypse comes, who do you think will be among the first wave of people attacked?  If you guessed the paramedic attempting to intubate, with their face and hands directly in the face and mouth of the “dead” guy without vital signs, you would be correct.  There’s going to be hordes of zombies somnambulating about in full paramedic, first responder, and police uniforms and turnout gear.  I don’t know about you, but I’m not going down like that.  Scene safety?  It can wait.  Need for additional resources?  I’ll let you know in a minute.  General impression of the patient?  I’ll get to it.  Zombie bait?  I’m all over that right away.  If the patient reanimates, I need to know who I’m pushing down.  The misogynistic hosedragger who refuses to look me in the eye and reports blood pressures as 120/80 without ever having touched the patient, or the fireman who pulls his weight as works with you as a team?  Easy choice.  What if zombification occurs at the hospital?  You have to choose between the mean, burnt out nurse that berates you for bringing a patient despite the fact transporting patients is pretty much what you do even if you don’t get to use any cool skills or equipment, and the tech who always smiles, helps you move a patient to the bed, and doubles as a roller derby girl in her spare time.  I think you know who I want on my team.

I know what you’re thinking, “Um, Parapup is kind of off her rocker on this topic.”  Well, guess what you’ll be thinking once you get bit, die a painful death, and reanimate as a zombie: BRAAAAAAINS!

tangle
My New Favorite Song
That's so awesome! Have you seen the Canadian PSA for bystander CPR? Holy Zombie Apocalypse, it's fun. https://www.youtube.com/watch?v=UN4STZwjORw
2012-12-10 03:17:00

Everything is political. Except the work.

Vote for my blog here!